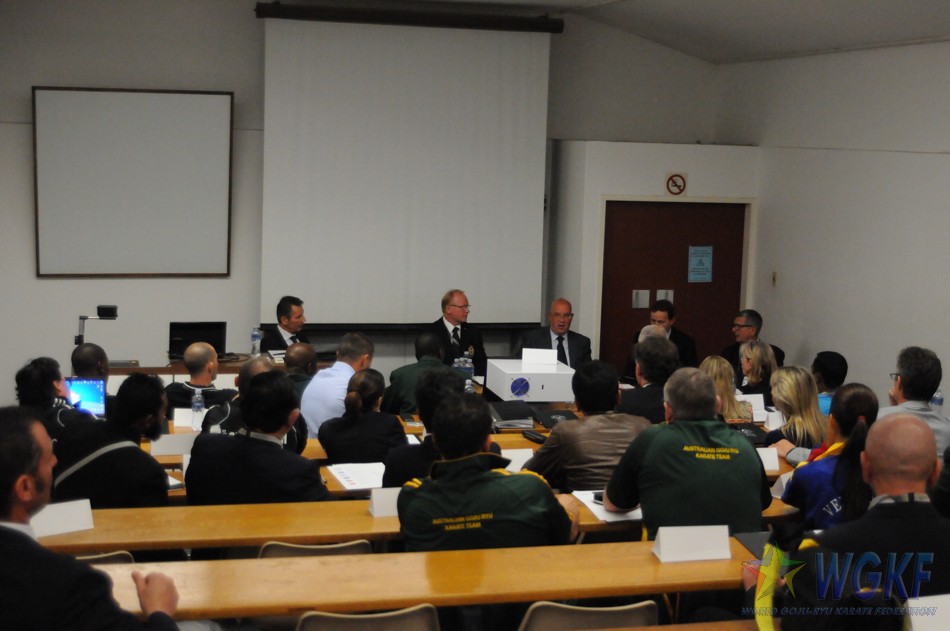 The WGKF President, Humberto Oliveira welcomed presented members in Stellenbosch and informed them of the important business regarding this event – 2°nd World Goju ryu Karate Championships.

Mr.Oliveira pointed out, that to this Championships were invited all countries of the World and all Goju lines without exceptions.

Vice-presidents welcomed and informed about important issues from their continents.

Big discussion about long term planning of World Championships, how often and where will take place.

EGKF congress decided, that the World Goju ryu karate Championships will be organized every 2 years.

Next World Goju ryu karate Championships 2015 will be organized in Auckland, New Zealand.

They were elected as WGKF auditors unanimously.

–       on every WGKF championships should be awarded one special award (diploma) to a special karateka and another to an outstanding figure outside karate world (approved).

–       Mr.Tiberi will prepare proposal for future implementation of children categories into WGKF events. This proposal will be discussed in the Auckland WGKF Congress 2015.

The next congress will take place during the 3nd World Goju ryu Championships in Auckland, New Zealand, November 2015.