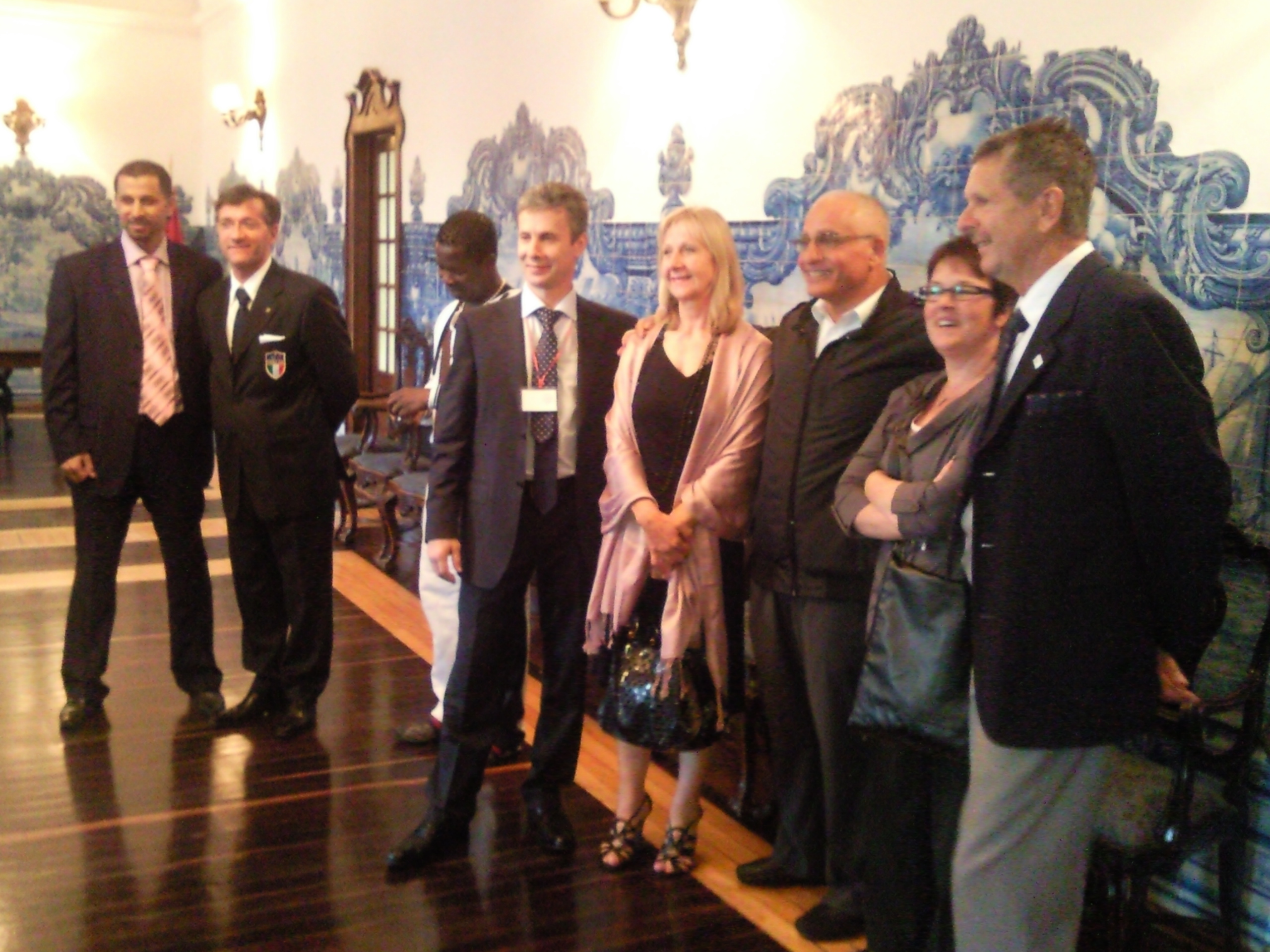 Mr.Oliveira point out, that to this Championships were invited all countries of the World and all Goju lines without exceptions.

We have 46 countries presented, some countries had problems with their visa obtaining  (Iran, Tadzichistan, etc. )

3. EGKF committee nominate Mr.Oliveira as a President of the WGKF. Because WGKF is a project of EGKF, some administrative persons were nominated as the WGKF EC members. It is not logic to provide a President form Europe and the treasure from Africa for example.

There is also proposal, that Vice-presidents will be leaders of the every continents.

Proposal of the WGKF Executive Committee:

5. The WGKF President, Humberto Oliveira proposed Mr. Marcelo Tiberi (Italy) as a Honorary President for his first idea of WGKF and his all life work for karate.

6. Proposal regarding time period of the World Championship event and Executive Committee term.

Romania: Better solution is 2 years for the event, not 4 as a Olympic format

8. Voting for time period of the World Championship event, Executive Committee term and country organizer of the next WCh.

General Meeting acknowledge time period of 3 years for World Goju ryu Championships. Next event will be at 2013.

Proposal of the WGKF Referee Committee:

General Meeting acknowledge names above as a new WGKF Referee Committee, with the term of six years.

The next congress will take place during the 2nd World Goju ryu Championships in South Africa 2013.